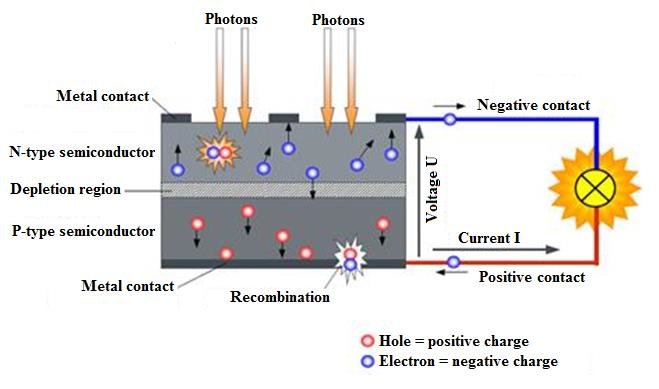 WHAT IS “PHOTOVOLTAIC TECHNOLOGY”?

Photovoltaic technology is the term used to describe the hardware converting solar energy into usable power. At the heart of this technology is a semi-conductor material which can be adapted to release electrons. The most common semi-conductor material used in photovoltaic cells is silicon — an element most commonly found in sand. Silicon is the second most abundant material on Earth!

The greater the intensity of the light, the greater the flow of electricity. A PV system does not need bright sunlight in order to operate. It can also generate electricity on cloudy days. Due to the reflection of sunlight, days with slight cloud can even result in higher energy yields than days with a completely cloudless sky.

With South Africa’s long sunny days, PV technology is the perfect way to generate power from such an available (and renewable) source.